The Saga continues with the Emmy-winning “Star Wars: Clone Wars.” This animated micro-series, directed by Genndy Tartakovsky, captures George Lucas’ vision in a dynamic animated style that is a visual delight for all ages. “Star Wars: Clone Wars” Volume 1 reveals the epic adventures that bridge the story arc between “Star Wars: Episode II: Attack of the Clones” and “Star Wars: Episode III: Revenge of the Sith.” Follow the valiant Jedi Knights and the Brave soldiers of the Republic’s clone army as they battle against the droid forces of the Separatists, led by the evil Sith Lord, Count Dooku. Witness the battles that made galactic heroes out of Anakin Skywalker and Obi-Wan Kenobi, and along the way get a first look at the new menace from Episode III, General Grevious. This is a must-have for any “Star Wars” collection. 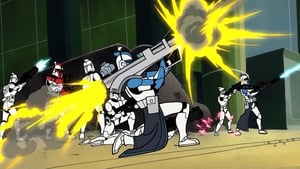 N/A
Ultraman R/B The Movie: Select! The Crystal of Bond 2019